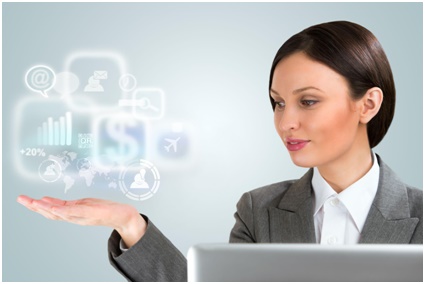 Fujifilm and the Xerox Corporation have decided to combine the forces of Xerox and their Fuji Xerox joint venture. Fuji Xerox will buy back the 75 percent share Fujifilm owns of Xerox and use those profits to purchase 50.1 percent of Xerox shares. The new combined company plans to lead the way with innovative print technologies and work solutions that bring in annual revenues of $18 billion selling devices like Xerox copiers in Miami and around the world.

The merger was unanimously approved by the Boards of Directors at both Xerox, maker of the Xerox multifunction printer, and Fujifilm, and Fuji Xerox will have dual headquarters in Norwalk, CT, in the US and in Minato, Tokyo, Japan. They’re expected to maintain the Xerox and Fuji Xerox brands within their current operating regions.

Fujifilm is known for its Document Solutions business ventures and combining companies gives it a chance to keep a leadership position in this fast-paced market. Advancing technology will create success in innovative imaging and information solutions from inkjet to AI areas. Fujifilm’s ability to reinvent itself is likely to give it a competitive edge over other technology companies, bringing great value to its shareholders and its customers. Its strong profits will help the company invest in more innovative capabilities so they continue to meet customer’s ever-changing demands, as well as support market leadership and provide more opportunities for increasing those profits over time.

Fuji Xerox will enhance its scale with a presence in over 180 countries including those in Japan, North America, Asia Pacific, China and Europe. They’ll bring the world new technology in areas like packaging, industrial print and workplace automation and high-speed inkjet, as well as opportunities in the future in areas such as machine learning, augmented reality and artificial intelligence.

If you’re looking for a Xerox multifunction printer or Xerox copiers in Miami, know that the technology is about to be amped up. These automated devices will begin to cover a wider variety of needs to leave customers happier and more satisfied.

Contact Qualpath today for all of your Xerox printer and copier Florida needs. For more information regarding new technology for managed print services – Call: 866-851-2200 | Email: info@qualpath.com

4 Elements That Determine Your Real Cost of Business Printing
October 25, 2018

Should Your Law Firm Use a Managed Print Service Provider?
June 18, 2018

Choosing the Best Copier for Your Business
June 14, 2018

5 Things to Consider When Choosing the Right Printers for Your Business
May 31, 2018
Leave Comment